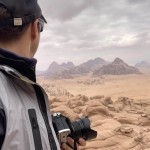 Peak District National Park is in central England  at the southern end of the Pennines.

With canals, secret caves and woodlands in addition to the peaks that grant it the name there is so much to see and do in the Peak District. The National Park offers breath-taking views and fantastic opportunities for pastimes such as cycling, walking and wildlife watching.

The Peak District is easily accessible by train from around the UK. If you are planning your trip from the capital you can take the trains from London St Pancras station to reach the East of the area by Derby, Chesterfield or Sheffield. If you would like to approach from the West there are direct trains from London Euston to Manchester through Stoke-on-Trent, Macclesfield and Stockport. From all of the above stops you can find your way to the heart of the National Park.

I planned to arrive as early as possible, trying to sleep trough the journey from London to Sheffield. Noted for myself to get some neck support for next time as the usual folded jacket ‘pillow’ was not fit for a longer trip. Unfortunately we picked up some delay on the way and so I was just able to enjoy the sunrise trough the bus window into the Valley. It was still amazing and definitely warmer from inside. The bus route takes around 40 minutes to Hathersage, alternatively you can use the train, however worth to check in advance for any planned closure.

When I arrived in the town centre quickly grabbed some food and drink from local the gas station just to make sure I will have enough energy for this long day. My first stop was at the Ladybower Reservoir, interesting fact that under the water there has been a village. No, it’s not Atlantis of course, Derwent was flooded in the 1940s to make way for reservoir, which was built between 1935 and 1943. This year warm spring and summer reduced the water level so low that the remains of the village has been exposed.

After the breathtaking view from the damn headed back to road to get to Stanage Edge. On the way I passed North Lees Hall, this 16th century manor has been inspiration Mr Rochester’s home in Jane Eyre. Charlotte Brontë stayed in Hathersage for three weeks. During this time, she took the opportunity to explore the inspiring moorlands. Passed the hall and continued my journey of the footsteps of Kiera Knightly. Do you remember the scene from the 2005 film adaption of Pride and Prejudice? The rock on which Keira stands during the panoramic scene? That’s Stanage Edge.

Spent my lunch at the edge of the rock before I grabbed my backpack again to see the rest of the area. I believe I find the best spot for this. The view is amazing wherever you are looking. On my way back I find path that was leading me to the caves.  There is a legend about a cave here used by Robin Hood, haven’t really find any proof of this, apart from the grave of Little John.  You can find this nearby in St Michael’s Churchyard in Hathersage.

The road back was taking me through near the Mam Tor where I was watching the hang gliders for a while before I headed back to the village. At that moment I already decided I will come back once, as it’s so many things to do here and around. If you are less a walking person, you can take your bicycle or go for horse riding and of course there are great spots for wall hiking as well.

When I arrived back to Sheffield I felt extremely tired physically from the all day walking, but inside felt the opposite. Really enjoyed every second that I spent on the peak, and I hope the photos will give back the beauty of this spectacle landscape. I can just recommend this place to everyone who feels needs some break off the busy city-life. If you have more time I would suggest a long weekend to experience the real countryside.

Tip: Good to know that Megabus selling train tickets as well from Sheffield to London. You can book specific trains, however much cheaper than in any other apps.

We are almost ready to explore.